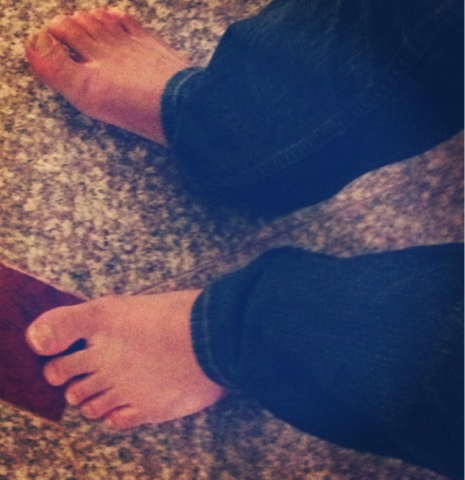 Lina: Before I booked the accommodation, I checked upon its vicinity thru online maps. I ensure that Halal food can be easily found in that area.

Sure enough, just a mere 5 minutes away from the accommodation, there were 2 Halal restaurants.

We stopped in front of a fancy looking place. At first glance, this Muslim clothes boutique seems to be a confusing signal. Hungry patrons will wander aimlessly if they missed the small sign-read: Restaurant upstairs.

We were battling with each other on which restaurant to choose from until the owner popped out and invited us in.

After being lured at the possibility of tasting local delicacy, we were shocked to note that we need to remove our shoes to enter the boutique and proceed on to the restaurant above.

Yikes?! The fear of unwanted smelly feet might impregnate my sudden hunger pangs and turn that into toxic turn-off. Was this even necessary?

Bryan: Dining barefooted outside of home is an adventure by itself. Imagine how the restaurant would smell like when weary travellers who have been walking around the entire day had to take off their shoes to air their sweaty feet in the restaurant with other traveller’s equally sweaty feet.

Fortunately for us that was purely an imagination. We managed to dine in before the crowd came pouring in. We did not have to smell other people’s feet except our own.

Like Lina mentioned above, the owner was a Cham. Chams are an ethnic group closely related to the Kingdom of Champa. They are concentrated in both Cambodia and Vietnam. They form the core of the Muslim communities in those two countries.

Lina: This reminded me of a challenge Bryan gave me in Singapore. He asked me whether I dare to walk with him barefooted anywhere in Singapore. I did not embrace that challenge, not yet. Perhaps, I will.. who knows. For now, this naked feet experience was enough for me.

Fyi-That is his weird habit. He used to walk barefooted everywhere in KL, NYC and many more cities of the world. Let him tell you his story, personally…some day. But if you do meet him, barefooted, give him a hi-5, please… 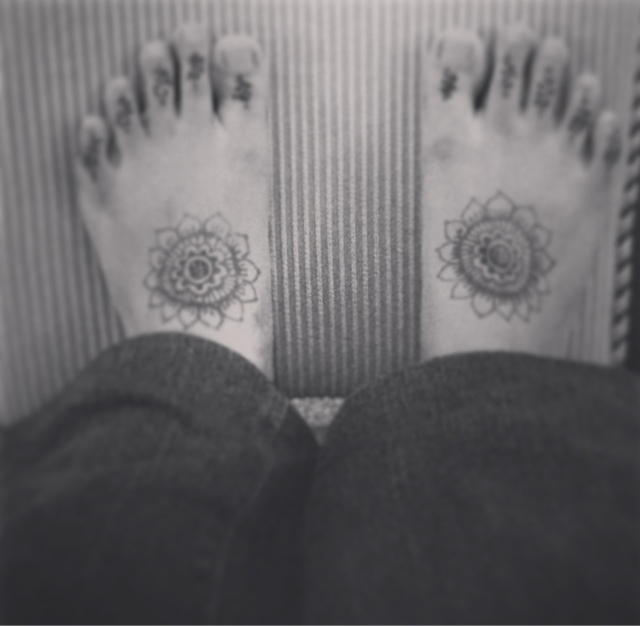