Skip to content
Travel duo embarked on their 1st country together. But its the 35th country for WHQ this June. Wonder where their foot steps lead to? Check out their daily travelogue input… 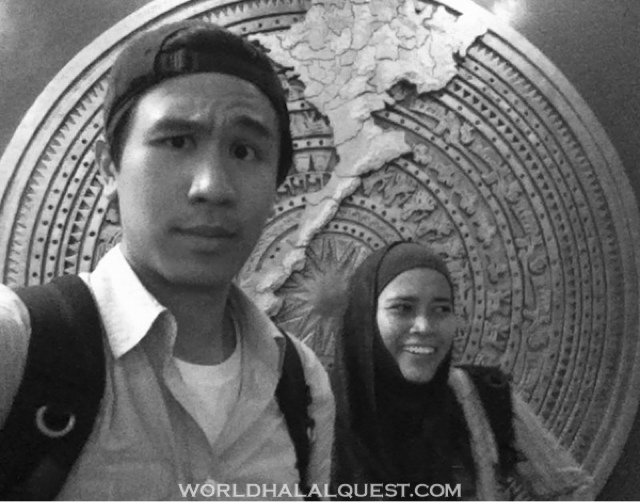 Bryan irking at the cab rate that was offered.

Lina: Every journey is about awareness. Changes happen all the time. Although I may be a seasoned traveller to some, I can forget many things altogether. To me, every new journey is a new beginning. The destination is never the goal. The journey is always the most important factor.

As what Emerson might have said- “Life is a journey, not a destination.”

Bryan: Most of the time, what you see may not be what you get. To keep you in the suspense as well, follow us on this closed eyes journey to this mysterious place. I will narrate my experience gained through my trusted pair of ears and sense of touch, as if I’m blind, beginning from the moment I boarded my flight from LCCT, Kuala Lumpur to this mysterious destination.

Lina: It was an unplanned trip, almost impromptu. Not much research has been done. It felt like it was almost like a dream, only difference…it was in the day. I arrived at the airport feeling nothing. No fluttering of butterflies or jitteriness. This is weird. Often these emotions come uninvited whenever I wanna fly.

Then I realised something amiss…I had forgotten to call the airlines- 24 hours before the actual flight to confirm on my Halal inflight meals. Hmm… it’s ok I guess. I had stocked my bag with loads of dried Iran figs and Mongolian Goji Berries as snacks.

Bryan: The rough textile wrapped around the chair and the obvious lack of leg space of an economy seat invited my claustrophobia out of the closet. I heard flight attendants hurrying passengers to their seats for the plane was ready to fly. To be honest to you. I dislike flying. I’m afraid of heights. I counter it by sleeping and hoping my plane will land without any hiccups.

The plane took off, I dozed off and next thing I knew. I was woken up by a female voice, “Sir, the flight has reached its destination”. “Thank God” I thought to myself. I proceeded to ask, “How long was the flight?” “2 and half hour, Sir” as the air stewardess politely satiate my curiosity. By then, I knew she was an air stewardess for no one will really pay attention to flight duration and let alone waking up passengers with a ‘Sir’ title.

I hastened my pace to catch up with the group of people who were exiting the airport by following their relatively louder noise. I was told that the custom is 30 metres away at my 11 o clock. I found myself a suede like texture rope that guided me towards it. As I handed my passport to the officer, I heard a distinct stamping sound and then an even louder, “NEXT!”.

Lina: Upon reaching 2.5 hours later, my eyes wandered about. I was looking out for my travel buddy from KLIA (Malaysia). I knew he had touched down earlier than me. We met and chatted for awhile. My mind was still in oblivion. Took a deep breath and went out of the departure hall. 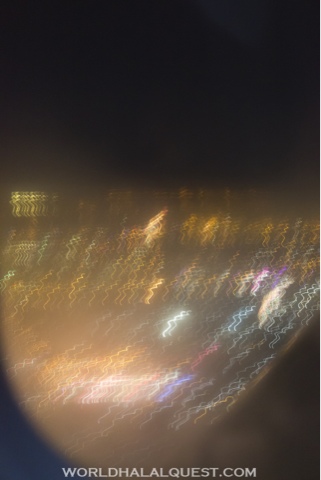 Bryan: As soon as I take the next step forward, I heard the distance honking. I followed the sound and it led me to the main entrance. Now the honking were multiplied and amplified 10 times. I took a deep breath and said to myself. Congratulations, you’ve made it!

Lina: Everything seems like a rush. Faces were just hazes of moments passing by. I was lost but clear. Awake but dreaming. The only time I woke up was when he laughed. His laughter had echoes of sarcasm and sincere humour blended in. What? 500,000 for a mere cab ride to our hostel?

We saw the cab sign-40m ahead. We laughed at the cabbies who offered us the high rate and move forward. We saw a queue of metered cabs. Got into 1 cab, checked to ensure the meter was working well and then off we go!

I hold on tightly to the seat in front of me. I sighed in deep resentment as I watched the cab swirled, swerved professionally and mingled affectionately within throngs of motor bikers.

We reached our accommodation safely and happily. The rules of the place seems weird but fair enough. After the whole registration thingy, my passport was held by the staff. Reason being its safer to leave it with them then carry it around. I’m not satisfied with that. What do you even, mean?

You never take a Singaporean’s passport away from its owner. Its like taking away my citizenship, my clothes or something precious. I felt lost without it. Suddenly the tug of war with the staff did not seem to work well because of the language barrier. And my patriotism of “passport” ownership became a hassle. We decided to check in our rooms and then go for a night walk. (the mind was restless of course. The mind wondered whether I will see my passport ever again which often translates to-will I come back to my homeland, ever again? *the fear rises once again)

Perhaps the outside air can enlighten this congested emotional turbulence within me. Perhaps its not about the passport after all, perhaps, I had left all except my insecurities but mainly fear. The fear of change, unpredictability and “one way street” of doing stuff-often seen as the right way…to me, only. That is my “wall” on auto-mode. I’ve got to relax. Breathe.

I’ve heard dozen of tips before my feet even landed here and almost all are about the crime rates and of my personal safety. And the presence of a new male partner may seem to be a new security measure but the thought of merging with another alpha male did not seem favourable to this solo female traveller.(I was the alpha female with full ego attached)

Too many things, too little time. But I was determined to make this happen, have fun and focus fully to the intended mission.

Now travelling with another, many factors has to be weighed upon…not just the companionship but also the whole journey has to be about balance and harmony. Communication is of utmost important. Teamwork. Buddy system. And loads more. *sigh-What have I got myself into?

Brian: Stay tune for more clues to where this mysterious country is.
To be continued….

P.s: If you had followed WHQ thru out the years, you already knew that Lina (aka Putri) often travels alone. Why is she bringing Bryan along? Who is Bryan? What is he doing in this Halal food travel and quest? Continue reading worldhalalquest.com for more updated info.
(Visited 4 times, 1 visits today)